my pappy said , son, you're gonna drive me to drinkin'
if you don't stop plottin' 'gainst ol' abe lincoln

have you heard the story of my sad disgrace
when ol' abe lincoln was runnin' the place
that story is true, i'm sad to say
i was stalkin' ol' honest abe

i'm a lincoln hater and i'm really jacked up
i've really had enough of that upstart pup
he's got eight bodyguards...uses 'em all
and he's still alive...just won't fall

twas a bloody war and the rebels lost
in those awful years, many payin' the cost
south went down the tubes, but i still care
the north's no good....don't play fair

walked into ford's theatre, late that night
a room full of stars was shinin' bright
abe took a break from capitol hill
"american cousin" was on the bill

all of a sudden, in the wink of any eye
i saw i had a chance to try
i shouted, "down with tyranny"
by then, his murder was all i could see

now the fellows who guarded had drunken some wine
and they went and left ol' lincoln behind
shot that dude in the head and then took a dive
i broke my damn leg, but i'm still alive

found a horse and i gave it a spin
my old hide-out ahead, where i'd meet my friends
but i felt blue when i cracked that door
they're all in jail and there ain't no more

now, my friends had thought i'd lost my sense
cause gunnin' down the prez is a major offense
they said, "back down, you'll get caught"
but i hit the road and abe got shot

bit a bullet...that leg pain sucks
found a doctor...bit o' luck
my shinbone was set by that helpful host
the guy relieved me...did his utmost

folks were comin' from behind my back..
the doorway was chained on my little shack
a fire started catchin'...it started to blast
don't you know, by then, i was goin' fast

there were flames comin' from out of the side
imflammation, man..i was fried
they said "look out, boys, let's make sure that he died"
and they pulled that door open and went inside

now, all of a sudden, the door started rockin'
and down on the foor, my knees started knockin'
i burned up in terror and my corpse was stinkin'
and all of this, cause i shot abe lincoln

no arrestin' me...i was dead as a nail
they'll be no trial and they'll be no bail
the nation mourned and i knew what they were thinkin
though, the bastard's dyin', his shot...got...lincoln

The address of this page is: http://www.amiright.com/parody/70s/commandercody0.shtml For help, see the examples of how to link to this page. 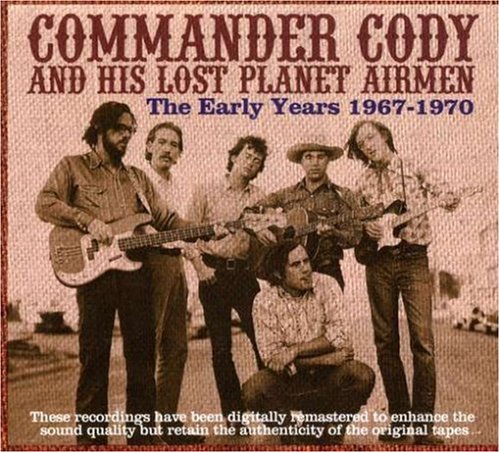 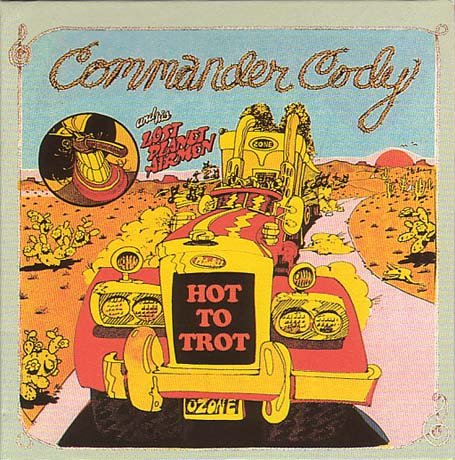 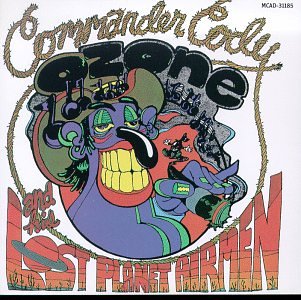 Lost in the Ozone 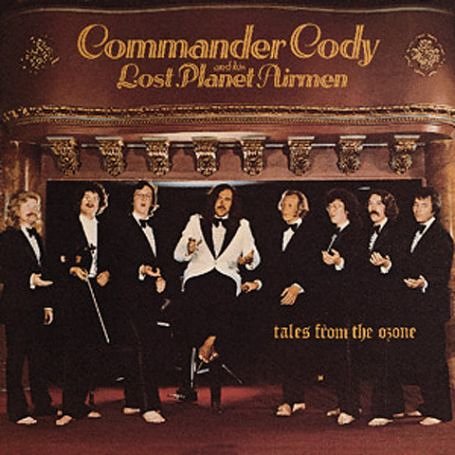 Tales from the Ozone 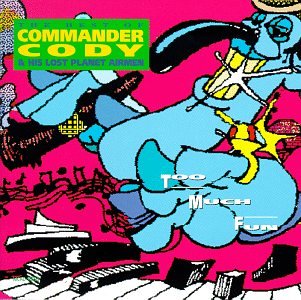 Too Much Fun: Best of Commander Cody